“Hope Corner” is at the intersection of Billop Avenue and Brighton Street, Staten Island, New York—a place you can have some hot soup and get a coat, shampoo, or even a hug, if you need one.

The Red Cross has a permanent distribution site there where volunteers from all over the state serve food, sort clothing, and even home-deliver orders to individuals who are physically unable to get to assistance locations.

Nine days ago, hurricane Sandy brutally attacked this small neighborhood known as Tottenville at the southern tip of Staten Island. Sandy left death and destruction in her wake across areas closest to the coast—images from a bad dream that workmen with bulldozers are trying very hard to erase. Because there is no power or even running water, outside help is crucial for these residents.

Amanda lives a few blocks over from Billop Avenue. She was lucky. Her house remained intact. The morning after Sandy unleashed her wrath, a terrified, teenage Amanda took to the street, camera in hand, to explore the devastated area. Her gaze fell on some photos floating on the water.These she carefully retrieved along with others she found as she continued on her walk.

When she reached “Hope Corner” to do volunteer work, she placed the photographs on a piece of wood, intending to clean them up. As the days passed, she gathered more and more photographs:  children at play, baptisms, weddings, black and white snapshots, couples, Paris vacations…

Mountains of memories that, on Sandy’s winds, had flown wherever they pleased. Local residents, hearing of this unusual mural, lost no time getting there and were overjoyed to find that photos of their lives had survived.

Amanda’s corner became a place to which pilgrimages were made, day after day, to recover memories. The police, power company crews, and neighborhood residents all began to add to this collage photos they themselves had found.

“When I saw the first photos, I started thinking about how I would have felt if the hurricane had destroyed my house and I had lost all my pictures. So, I decided to gather them and sort them to make it easier for their owners to find these small treasures of sentimental value,” says Amanda, as she removes the mud from a picture frame in which children’s smiling faces gradually appear.

A few blocks away, a man sifts through the rubble for more photos or items of value. It is his uncle’s house. All that remains of it are the foundation. He got out alive, but apparently his neighbors were not so fortunate. When he heard about the photos hung up at the corner, he ran there, hoping to find his own.

I saw him again at dusk… hundreds of photos and a book in hand.

Amanda continues her painstaking labor. She is concerned about the forecast of snow for the next day. She does not want her mural to be ruined.

“The hurricane has taught me that we cannot take anything for granted,” she reflects. “We are vulnerable… we could lose everything in a single night, even our very lives.” 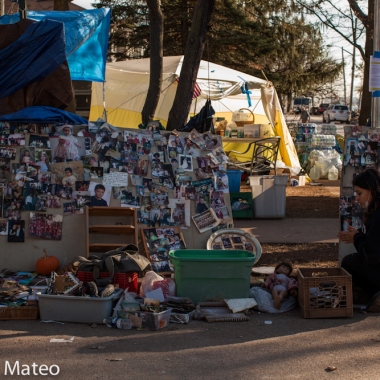 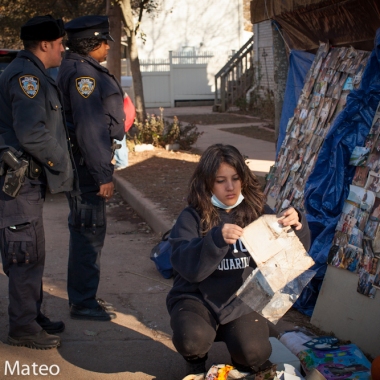 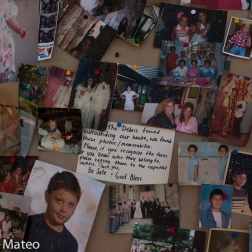 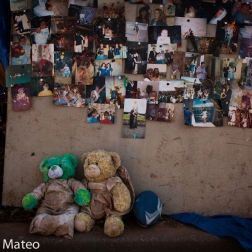 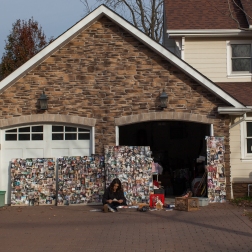 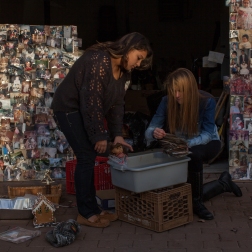 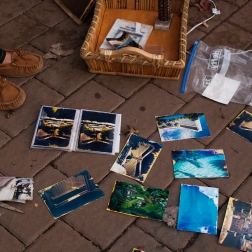 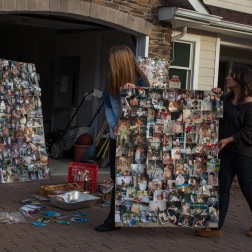 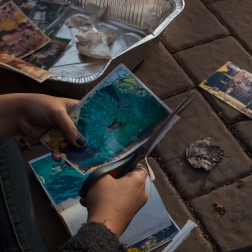 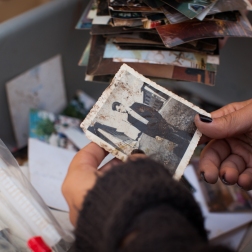 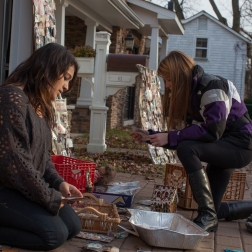 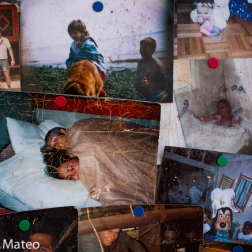 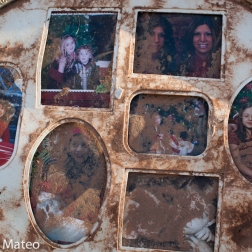 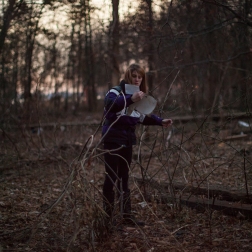 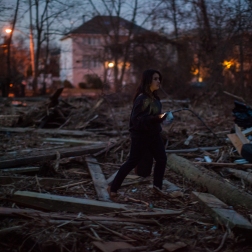 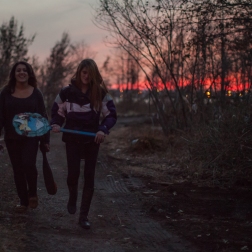